] What is staking? - AABB Wallet 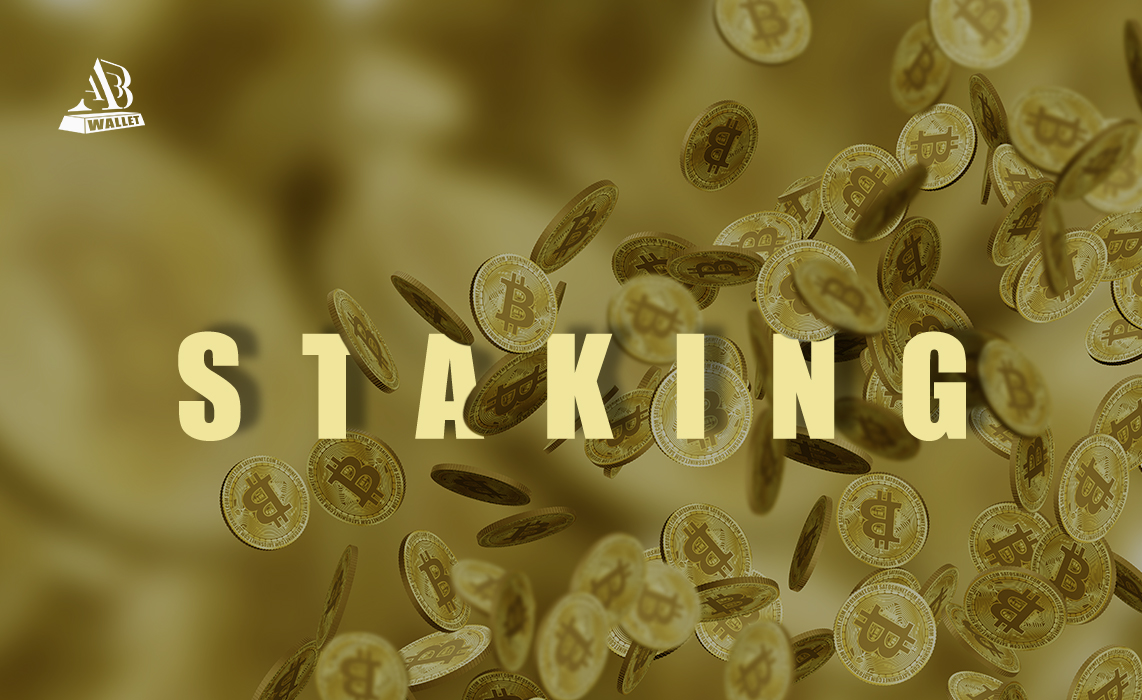 Key Takeaway: Staking is one of the easiest and safest ways for an individual to earn interest on their holdings and become an active member of a blockchain network. Blockchains rely on a specific set of rules to approve new transactions. The proof-of-stake (PoS) rule requires network participants to stake their cryptocurrencies to validate transactions in exchange for financial rewards. Essentially, staking is a way that PoS blockchains verify their transactions, allowing participants to earn rewards on their holdings.

Something that differentiates decentralized financial systems from traditional financial systems is that in decentralized protocols, the people who use them are the ones operating them. Bitcoin, for example, relies on a network of participants who work together to maintain a ledger of transactions through a consensus mechanism called proof-of-work (PoW). This requires every network participant to solve complex mathematical problems to verify new sets of transactions.

This innovation was great because it meant that we could now establish financial protocols without the need for traditional financial intermediaries because we could accurately and securely track all transactions ourselves in a decentralized manner. However, the problem was that PoW protocols were incredibly energy-intensive, which meant that becoming a network participant was very expensive and environmentally unsustainable. This caused some very clever people to create another consensus mechanism that had less intensive energy requirements, making it much cheaper and more environmentally friendly.

Instead of using extremely energy-intensive computing devices, like required in PoW, the PoS consensus mechanism requires that network participants delegate their cryptocurrencies to a set of validators instead. The staked amount acts as proof that the validators responsible for verifying the transactions, will act with integrity because theirs and their delegators’ funds are essentially at “stake”.

Typically, PoS blockchains randomly choose validators to verify new sets of transactions, depending on the amount of crypto that each validator has been delegated. A validator that has more staked crypto has a better chance of acting legitimately, because they have more to lose, so the network allows them to approve more valuable transactions than those who have lower stakes. Once a validator verifies a set of transactions, the network rewards them with its native cryptocurrency and these rewards are then distributed between the validator and the validator’s delegators.

The amount of rewards that an individual receives is based on their delegation to the validator. But what’s great is that these rewards compound, which means that the next interest payment is calculated on a network participants’ total delegation after the previous reward was credited to their holdings. For example, if you delegate 1,000 ADA and you earned 1 ADA for your first delegation period, your next delegation period will be worked out based on 1,001 ADA.

The most significant benefit of staking is the ability to earn interest / passive income on your holdings. On top of that, you don’t need any specialized equipment for crypto staking like you would for crypto mining. Staking is also a way of supporting the network of the cryptocurrency that you’re invested in because you’re helping to verify transactions and keep everything running smoothly. Finally, because of the much-reduced energy requirements, staking is much more environmentally friendly and sustainable compared to traditional crypto mining methods.

Are there any risks to staking?

The biggest risk you could face with staking is that the price of your crypto assets fall. Due to the volatile nature of cryptocurrencies, it’s likely that if your staked assets suffer a significant price drop, it would significantly outweigh any interest you would have earned. This is why it’s not a good idea to stake cryptocurrencies that you do not intend on holding for the long term.

While you can always withdraw and sell before any significant price casualties, keep in mind that some staking protocols require you to lock up your stake for a minimum amount of time. During that period, you’re unable to do anything with your staked assets – such as withdrawing and selling. This is why staking can be risky because the price of your assets can fall and you might not be able to sell. Remember, not all staking protocols require lock-up periods.

Finally, although your staked crypto always remains yours and in your sovereign control, you need to unstake it before you can trade it again. Some protocols allow easy and instant withdrawals. However some have an unstacking period of seven days or longer. Make sure you understand the ins and outs of a staking protocol before you begin to use it.

Staking cryptocurrencies involves committing your crypto assets to supporting a blockchain network by validating network transactions. Staking can be a great way to generate passive income, especially because some cryptocurrencies offer incredibly high interest rates (up to 14%). Staking also opens up new avenues for people wishing to participate in the consensus and governance of their favourite blockchain networks. As it’s getting easier to stake, the barriers to entry are getting lower and lower. It’s worth noting though that staking isn’t entirely without risk. Some protocols require that you lock up your stake for a minimum amount of time, which means that if the price of your asset crashes, you’ll be unable to get out.