] What are stablecoins & why are they controversial? - AABB Wallet

What are stablecoins & why are they controversial? 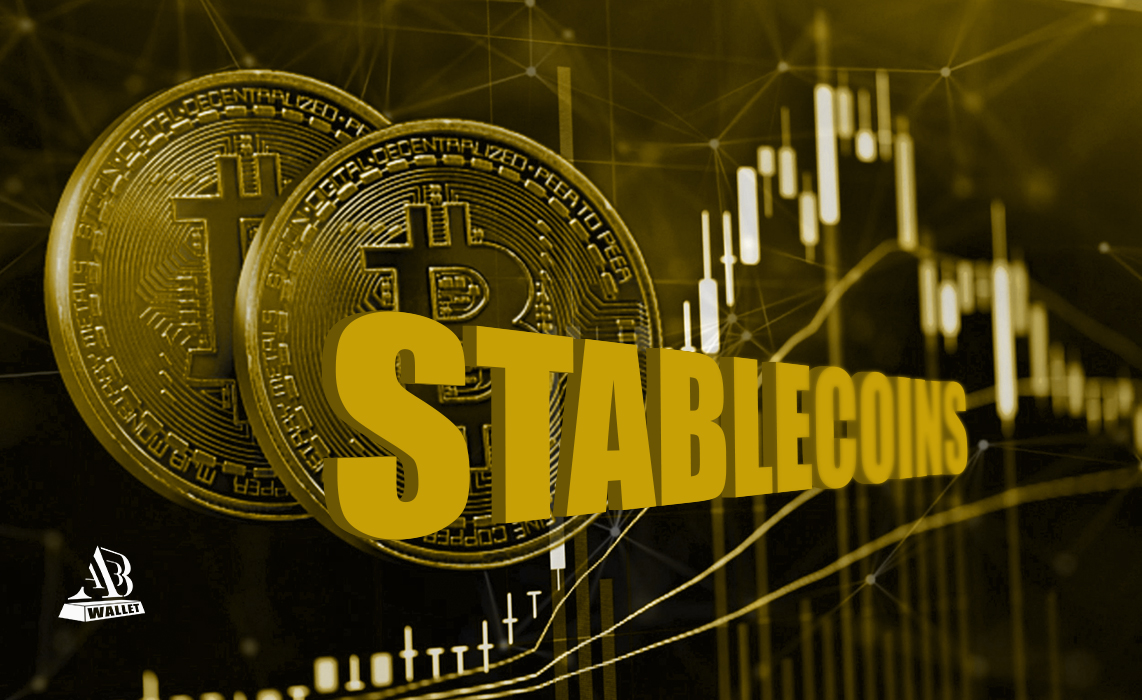 Many people use stablecoins as a bridge between the traditional financial system and cryptocurrency. But now stablecoins have started to achieve some mainstream adoption as payment methods and savings vehicles with extremely high interest rates – compared to traditional levels.

Asset-backed stablecoins – An asset-backed stablecoin is similar to a fiat-backed one, except that it’s backed by a physical asset instead of a currency. The most common asset that stablecoins are backed by is gold, but others are also backed by baskets of precious metals and real estate. Generally, these stablecoins are linked to a specific amount of an asset and subject to frequent outside audits to ensure legitimacy. While these types of cryptocurrencies can go up and down in value (when measured against a fiat currency) the stablecoin remains true to the value of the asset that it’s backed by.

Algorithmic stablecoins – The most complex version of stablecoins is the algorithmic stablecoin. This is not backed by any kind of collateral, rather the value is controlled by specialized algorithms and smart contracts that automatically reduce or increase the supply of tokens on the market to keep the tokens price stable. If the market price starts to fall, then it will remove tokens from circulation. If the market price starts to rise then it will issue new coins into existence.

Many crypto-enthusiasts believe that stablecoins are an amazing invention. However, as you can imagine, governing bodies and regulators are not so impressed with the idea. While some can see stablecoins as very useful tools, the potential for some stablecoins to compete directly with national currencies is causing authorities to be wary. The argument against stablecoins is that they’re a threat to national sovereignty and world financial stability. But in the eyes of many, this is just a plea as once powerful authorities start to lose financial control over their citizens.

By far, the largest stablecoin (by market capitalization) is Tether. Tether has long claimed to be backed 100% by U.S. dollars at a ratio of 1:1. However, it was revealed that 26% was an IOU from the Bitfinex exchange, which is Tether’s sister company. Since then, the New York Attorney General has sued Tether and it’s been further revealed that Tether’s “cash reserves” contain only 3% cash.

Sure, the idea of Tether is great… It allows traders to use a stable cryptocurrency instead of fiat money to easily buy Bitcoin and other cryptocurrencies. It gives users a way to move funds on the blockchain quickly and easily. But the recent breakthroughs in Tether’s legitimacy is quite worrying.

For example, if all Tether holders were to go to Tether and demand their holdings be converted to dollars, it’s very likely that Tether won’t be able to do that because their immediate reserves are only made up of 3% cash. This means that Tether has essentially issued a bunch of cryptocurrencies, stating that they’re directly backed by USD (when they’re not) and have continued to issue more and more “stablecoins”, even though their reserves can’t even cover their current circulating supply. Effectively, they’re printing money out of thin air and they’ve successfully convinced millions of people that they’re value is directly backed by the dollar when in reality, it’s not.

The DOJ’s investigation is focused on activity from Tether’s early days, probing whether the company misled banks by hiding the fact that transactions were linked to cryptocurrency. Depending on the outcome of the investigation, it could lead to stricter oversight of stablecoins by regulators and more transparency in how digital assets are backed, transacted, and traded

Stablecoins are digital currencies that are designed to be more stable than cryptocurrencies because they peg their market value to an outside asset like the U.S. dollar. Recently, they’ve been in the regulatory hot seat as they grow in popularity because some stablecoins have revealed that they might not be as “stable” as once thought. This is because although many issues claim that their stablecoin is 100% backed by reserves, some (including the biggest) have proven to be otherwise.

Tether has long been controversial, largely because of concerns it doesn’t always have enough reserves to justify its peg to the U.S. dollar. If the bubble pops, it will be catastrophic. That’s because Tether has a total market capitalization of almost $69 billion. Imagine what it will do to the market, if close to one hundred billion dollars worth of value gets destroyed…